Is SER-109 effective in reducing the risk of Clostridioides difficile (C. difficile) infection recurrence up to 8 weeks after treatment with fidaxomicin or vancomycin?

A phase 3, double-blind, randomized, controlled trial (ECOSPOR III) showed that oral administration of SER-109 was superior to placebo in reducing the risk of recurrent C.difficile infection up to 8 weeks after treatment with either vancomycin or fidoxomicin.

The Infectious Diseases Society of America (IDSA) recommends the following for C.difficile infection (CDI) in adults:

For patients with an initial CDI episode, fidaxomicin, given its beneficial effects and safety profile, is suggested rather than a standard course of vancomycin. Vancomycin may be considered an effective alternative.

For patients with recurrent CDI episodes, fidaxomicin (standard or extended-pulsed regimen) is suggested rather than a standard course of vancomycin.

For patients with a recurrent CDI episode within the last 6 months, using bezlotoxumab as a co-intervention along with standard-of-care (SOC) antibiotics is suggested, rather than SOC antibiotics alone.

Metronidazole has been removed as a first-line treatment, with the use of oral vancomycin or fidaxomicin recommended instead. When vancomycin or fidaxomicin is contraindicated or are not available, metronidazole can be considered only in initial, non-severe CDI episodes. If used, length of treatment should be limited to 10 days, with a maximum of 14 days in those patients without full response. [1,2]

Promising agents for C.difficile infection, currently in phase 3 trials, include the antibiotic ridinilazole, the microbiome products SER-109 and RBX2660, and a vaccine. SER-109 (manufactured by Seres therapeutics) is a donor stool-derived microbiota-based product with purified spores from ethanol-treated stool and contains approximately 50 species of Firmicutes spores. Ethanol treatment of stool minimizes the risk of pathogen transmission due to inactivation of viruses and vegetative bacteria along with fungal and parasitic organisms. Administered orally, SER-109 is indicated for the prevention of recurrent C. difficile infections in patients who have experienced multiple recurrent infections. It is composed of a biologically sourced group of spore-based bacteria designed to create a new, healthy microbiome in patients whose natural microbiome has been damaged or is imbalanced. It has been granted orphan drug and breakthrough therapy designations by the FDA.

A phase I, open-label, dose-ranging study including 30 patients with multiply recurrent CDI demonstrated that 86.7% met the primary efficacy end-point in the absence of CDI compared with 96.7% achieving clinical resolution at 8 weeks. There were no safety concerns seen. An increase in microbial diversity after SER-109 treatment was observed.

A phase II, randomized, double-blinded, placebo-controlled trial of 89 patients with 3 or more episodes of CDI randomized patients 2:1 to receive SER-109 (single dose of ~108 spores) or placebo. Recurrent CDI rates were not different between SER-109 and placebo, except in a subgroup analysis of those aged 65 or older where SER-109 demonstrated a significant reduction in CDI recurrence compared with placebo. [2,3]

Is SER-109 effective in reducing the risk of Clostridioides difficile (C. difficile) infection recurrence up to 8 weeks after treatment with fidaxomicin or vancomycin? 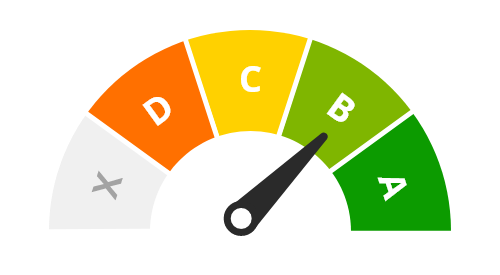