Is risperidone effective for maintenance of bipolar disorder?

The International College of Neuro-Psychopharmacology (CINP) guidelines for bipolar disorder in adults recommend risperidone as part of the first step to managing acute mania/hypomania. If risperidone is not initially chosen, it may be added in combination with lithium or valproate. In contrast, risperidone is generally not recommended for acute bipolar depression. During the maintenance phase, risperidone may be considered as initial monotherapy, including the long-acting injectable. [2]

The British Association of Psychopharmacology 2016 guidelines make similar recommendations for risperidone as an effective agent for the acute management of severe manic bipolar episodes along with prevention of new episodes as maintenance treatment. [3]

A 2022 meta-analysis compared different pharmacologic interventions for management of acute bipolar mania in adult patients. Out of a total of 72 included double-blinded randomized controlled trials (RCTs), 7 studies compared risperidone to placebo (N= 676). The risk ratio (RR) of 1.689 (95% confidence interval [CI] 1.411 to 2.021) between risperidone versus placebo was defined by the response to treatment (commonly seen as 50% or greater improvement on the mania rating scale score), suggesting a statistically significant benefit. Only carbamazepine and tamoxifen reported higher RRs. Risperidone was also associated with significantly lower all-cause discontinuation rates compared to placebo (RR 0.428; 95% CI 0.290 to 0.630). Safety measures reported a higher incidence of akathisia, extrapyramidal symptoms, somnolence, nausea, and rate of anticholinergic use. Along with aripiprazole, olanzapine, and quetiapine, risperidone was consistently more effective than placebo based on the findings. [4]

A 2021 network meta-analysis investigated the efficacy, tolerability, and safety of antipsychotics and mood stabilizers for patients with bipolar disorder in the maintenance phase. Two categorical analyses were performed, where the first included monotherapy studies (i.e., risperidone long-acting injection [RISLAI]) and the second included studies of second-generation antipsychotic (SGA) combination therapies with lithium or valproate (LIT/VAL) compared with placebo and LIT/VAL. A total of 41 RCTs and 9,821 patients were included in the analysis (mean study duration 70.5 ± 36.6 weeks, female 54.1%, mean age 40.7 years). In terms of the recurrence/relapse rate of any mood episode, RISLAI outperformed the placebo (risk ratio [RR] 0.637, 95% credible interval [CrI] 0.484 to 0.839). Additionally, for recurrence/relapse rate of manic/hypomanic/mixed episodes, RISLAI outperformed placebo (RR 0.368, 95% CrI 0.268 to 0.507), lamotrigine (RR 0.890, 95% CrI 0.650 to 1.219), lithium (RR 0.540, 95% CrI 0.445 to 0.655), quetiapine (RR 0.555, 95% CrI 0.435 to 0.707), and valproate (RR 0.640, 95% CrI 0.477 to 0.857). The second analysis with the combination of SGA and LIT/VAL therapy did not include risperidone as part of the investigation. The findings of this study emphasized that clinicians and patients should consider the maintenance phase of bipolar disorder when selecting treatment for the acute phase. However, since the range of study durations included was between 17.3 to 171.4 weeks, the long-term safety and efficacy of drugs still need to be verified. [5]

Another 2021 meta-analysis evaluated the available evidence from 22 RCTs (N= 7,773) to consolidate relative efficacy of maintenance pharmacotherapy for bipolar disorder in patients stabilized for 1-12 weeks and followed up for 24-104 weeks. Among included studies, 3 of them reported use of risperidone, with 2 stabilized on long-acting injectable risperidone and 1 on oral risperidone along with lithium or valproate. Significantly lower risk of new bipolar disorder episodes was observed with risperidone long-acting monotherapy (odds ratio [OR] 0.41; 95% CI 0.28 to 0.60; p<0.00001; number-needed-to-treat 4.5). Similar results were reported when analysis included add-on treatment with oral risperidone. Of note, the actual time spent in the “stabilization” phase was not clearly defined and seemed to vary among different patients. Results may be further limited by the small number of risperidone trials included. [6]

Irritability Associated with Autistic Disorder
Risperidone tablets are indicated for the treatment of irritability associated with autistic disorder, including symptoms of aggression towards others, deliberate self-injuriousness, temper tantrums, and quickly changing moods. Efficacy was established in 3 short-term trials in children and adolescents (ages 5 to 17 years). [7]

Is risperidone effective for maintenance of bipolar disorder? 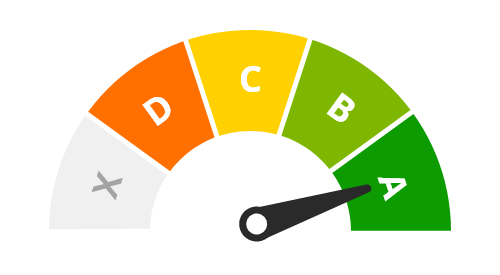