What is the difference between Quantiferon and T-Spot test in the effectiveness of diagnosing TB?

Thank you for reopening your inquiry. We have added an additional primary literature section. Please let us know if there is any specific information you'd like detailed. We'd be delighted to assist! Thank you for using InpharmD, and please think of us again the next time you have a query. Studies suggest the T-spot test has a higher sensitivity than the Quantiferon test in diagnosing TB, but the difference is not deemed to be statistically significant. As such, guidelines do not recommend one test over the other. Studies do suggest there may be a greater variation in sensitivity/specificity in certain populations (e.g., HIV positive, <5 years old, >80 years old) with each test.

Per consensus guidelines from the Centers for Disease Control and Prevention (CDC) and Infectious Diseases Society of America (IDSA), the sensitivity of interferon-gamma release assays (IGRAs) are consistently found to be equal (Quantiferon, 81-86%) or superior (T-spot, 90-95%) to the sensitivity of tuberculosis skin testing (71-82%). In patients who were vaccinated with BCG, IGRAs and tuberculosis skin tests appear to be similar. A meta-analysis found the specificity of Quantiferon to be >95% in patients vaccinated with BCG; however, data is more limited for the T-spot test in these patients. The sensitivity of IGRAs, both Quantiferon and T-spot, in persons with HIV is estimated to range from 65% to 100%. The guidelines do not recommend one test over another; instead, they discuss IGRA tests as a whole versus skin testing. [1]

A 2006 prospective study enrolled 393 patients to compare the efficacy of two commercial blood assays, T-SPOT.TB and QuantiFERON-TB Gold, with the tuberculin skin test in patients with suspected latent or active tuberculosis. Overall, both tests had a similar agreement with the skin test; however, Quantiferon was associated with more indeterminate results than with T-spot (11% vs 3%; p <0.0001). Age ≤ 5 years was one of the identified factors related to indeterminate results with Quantiferon (p=0.003), but not with T-spot. Immunosuppressive treatments were also contributory to indeterminate results for both tests. Significantly higher rates of positive results were seen in T-spot than in Quantiferon (38% vs 26%; p <0.0001). Notably, individuals who had close contact with active tuberculosis were less likely to test positive with Quantiferon than with T-spot (p = 0.001). In conclusion, the authors emphasized that in routine clinical practice T-spot and Quantiferon might provide different results. [4]

What is the difference between Quantiferon and T-Spot test in the effectiveness of diagnosing TB? 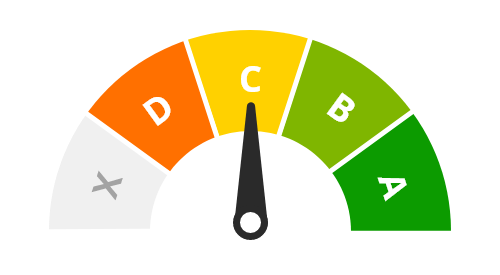